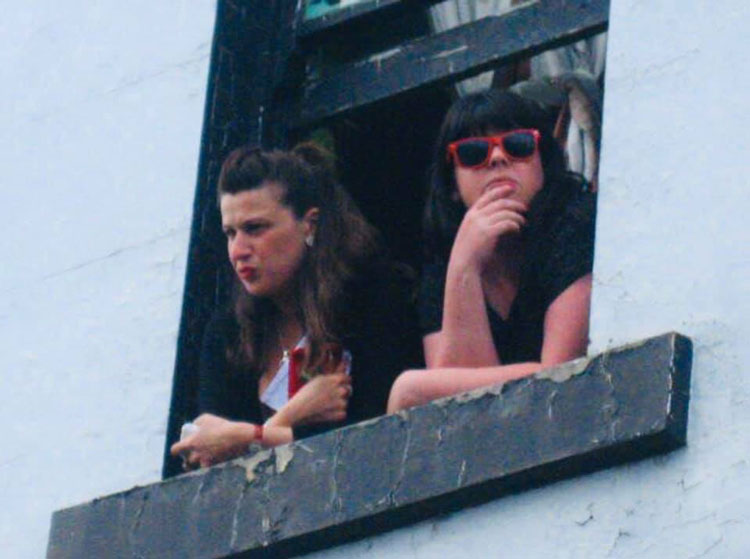 To celebrate the 10 year anniversary of the SLAM (Save Live Australia’s Music) rally, Music Victoria speaks to those who were there at the frontline about their memories of the time and their observations over the passing years.

Amanda Palmer, the band booker at the Tote in 2010, gives us her account of the events…

1. What was your involvement in the live music lobbying and protests of 2010?
I was the band booker at the Tote when we announced the closure of the venue in January 2010. This announcement led to a week of outpouring of support, spontaneous protests and much media attention in Melbourne and culminated with the ‘Last Drinks’ gig that I put together to see the venue out with a bang.  These events were the catalyst for the SLAM group to form and begin planning the SLAM rally. Once the Tote closed, I mostly worked on wrap up of the Tote but I attended initial SLAM meetings and helped in promoting the Fair Go 4 Live Music petition and upcoming SLAM rally.

2. Why did you get involved?
I got involved because I was right in the middle of it. The Tote was closing down, I was losing my dream job, Tote staff were about to become unemployed, Bruce and James were losing their business and we were being directly affected by one-size-fits-all government policy. The Tote is open now, but at the time, we weren’t certain it was going to reopen. The forced closure of the Tote not only meant losing our jobs but it was a direct assault on our lives, culture and community.  It was being taken away from us and I was devastated and angry.

3. Do you have any specific memories that you hold dear from that time? What are they?
There are so many! Too many for just one paragraph anyway.
I think some people might just remember that time as being one big party, but as Tote staff, we were all extremely busy. It was hard, emotional, frantic and pressured.  I do remember being blown away when I looked out of the window of the Tote booking office seeing a couple of thousand people – who’d mobilised in just a few hours – protesting on the street below. Even though it was too late for the Tote then, these mini protests helped to inspire the larger SLAM protest less than a month later.  I remember feeling hopeful marching alongside 20,000 others at the SLAM rally – that this might change things for other venues in similar circumstances. I guess in a way the thing I hold most dearly isn’t really a specific memory, it was more about feeling like I was part of a community that collectively had the power to effect change.

4. What lasting changes/impact do you think these events had on the live music scene in Melbourne?

I think these events shook a lot of people from their complacency of live music and small venues.  It helped legitimise live music as one of Melbourne’s economic assets. Before these events we didn’t have SLAM or Music Victoria – they formed because of these events to advocate on behalf of music issues.
I think this being the 10 year anniversary, is as good as any time to say a huge thank you to Helen and Quincy and everyone else at these organisations and behind the scenes for all of the work you have done and all of the work you continue to do. Cheers to all of you.