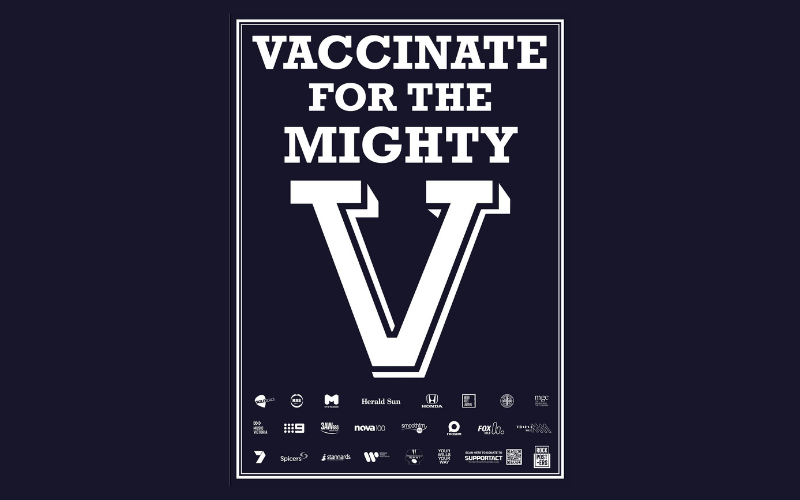 Music Victoria has joined Rock Posters and other Melbourne businesses to launch a vaccination campaign to encourage Melburnians to get vaccinated against COVID-19.

The month-long ‘Mighty V’ campaign will be visible on advertisement sites across Melbourne due to contributions of over $10,000 made by 22 partner organisations, including Music Victoria. The campaign will aid Support Act and its crisis relief program, which brings much-needed support to those in the music industry who have lost work, gigs and their livelihoods due to the pandemic.

In early August, Support Act announced it received an additional $20 million in funding from the Australian Government. The organisation will expand its outreach beyond the music industry to support artists, creatives, production and technical crew working across the broader arts sector from 23 August.

The Mighty V campaign is one of two vaccination campaigns Music Victoria helped launch this month. On August 20, Music Victoria launched #GetVaxxed4Vic, an online campaign to encourage the music industry and music lovers to get vaccinated to aid the Victorian live music scene in reopening.

You can also support artists and music workers by donating to Support Act here or Music Victoria here.